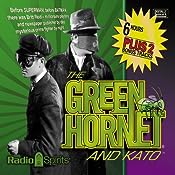 Clay Aiken is gay?Â  Reuters is reporting he’s coming out of the closet… All I can say is “well DUH!!!!”

The Hadron Collider is broken… until Spring.Â Â  When that thingÂ really gets working, will the result be like when “they cross the streams” in Ghostbusters? Total pro-tonic reversal?

Google is offering $10 million dollars for helpful ideas… I got a few for them.

That’s what I got for now- Canman