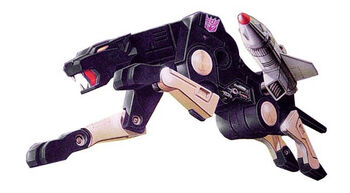 Frank is fresh off his appearance on The Tonight Show with Jay Leno!Â  He was on talking about his invention for Flatulence Odor ControlÂ “Flat-D”!

Click here to view the episode!Â (HeÂ saysÂ he’s in the segment right after the first commercial break)Â  Be sure toÂ Visit Franks website by clickingÂ here!Â

This week we play:

Todd’s songs “You Tried” and “You will be Mine” and Timmy’s song “Drama Queen” (I love that song).

To take the survey mentioned in the show please Click Here for the longer survey or Here for the Shorter survey.Â Â  We really appreciate it!

This is the last week of the Special Contest!Â  We will be giving away 2 autographed copies of Timâ€™s new CD!Â  This is how you can get entered in the drawing:

Step 3, Send and e-mail to thecanmanshow@gmail.com with the follwing information:

Your Name, Your ShippingÂ Address and E-mail address so we can let you know if you won.Â Â

As a member of “Closer Than They Appear” Improv comedy troupe, I performed for Iowa State UniversityÂ College of Engineering last Friday.Â  On the bill was us and Grant Imahara from Mythbusters…Â  (He wasn’t there when we were, so no autographs) It was a blast.Â Â  So a big THANK YOU to ISU for having us!Â Â

A couple notable new releases this week.Â  First Iron Man comes out on DVD.Â Â  This one is a BUY.Â Â Ben Folds I(my absolute favorite musician of all time) has a new CD coming out tomorrow too titledÂ “Way toÂ Normal”.Â  Â I’llÂ  be picking both up tomorrow.

The premier of Chuck is on NBC tonight.Â Â Â  I didn’t watch it on HULU this past weekend, as I wanted to see it in HD.Â Â Â  Sure hope it was worth the wait.

I’m looking forward to this weeks episode of Ghost HuntersÂ Wednesday evening.Â Â  It looks like it will be pretty exciting.Â  (I wish I had Sci Fi HD!)…

I’m wondering what we should discuss this week on the show?Â Â  Todd Gutknecht will be joining us.Â Â  Todd is one of the most talented voice impersonators I have ever met….Â  Should be a funny episode.

That’s all for now- Canman