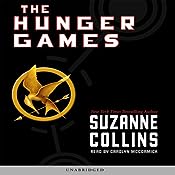 The show, founded by Chad Canfield, aka â€œThe Canman,â€ was first recorded in September, 2008. It started as a way to spread his love of â€œgeeky, nerdy funâ€ with the help of his friends. The podcast has featured dozens of Iowans as guests over the past two years. The main hosts of the show are Kevin Coppess, Tim Arnold, Dan Alpers, Corey Jordan, Jamie Kelly, and, of course, Canfield. Filling the hot-seat are any number of rotating regulars, as well.

While the show has mostly focused on Eastern Iowa, there have been nationally recognized guests including inventor of the Flat-D pad, Frank Morowsky andÂ Playboy cover model, Titania Lyn.

One hundred episodes is a milestone for any show, and the audience for The Canman Show continues to grow.Â â€œI canâ€™t believe weâ€™ve been doing this for nearly two yearsâ€, Canfield said. â€œThis has been so much fun and Iâ€™m thrilled that people still want to hear what we have
to say.â€ To celebrate this milestone, Canfield and the showâ€™s hosts will be meeting with fans at Dublin City Pub on Saturday, August 28th beginning at 6 p.m. Friends and fans of the show are invited to attend this 100th Episode Party to meet their favorite cast members, reminisce with fellow listeners, and enjoy the camaraderie that the show is built upon.