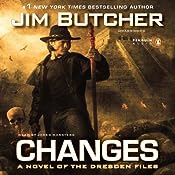 Who called it baby!Â  It was officially announced that Jackie Earle Haley AKA Rorschach,Â  has been cast as Freddy Krueger in the upcoming remake of Nightmare on Elm Street!Â Â  If he puts as much into playing Freddy as he did Rorschach… Look out!Â

My health.Â Â  It’s no secret that I’m over weight.Â Â  My physical last week scared the crap out of me.Â Â  I was told that I have a “Fatty Liver”.Â  If I don’t treat it now, by loosing weight it could get worse and some day I could need a Liver transplant.Â Â Â  If I ever needed a fire lit under my but to get healthy, this one has done it.Â Â Â Â  It’s been 4 days with no candy, pop or caffeine and I feel great!Â Â Â  My mom picked us up a Wii Fit this past weekend and I’ve been on it almost every day.Â Â  According to the fit, I’ve almost lost 4lbs this week.Â Â Â Â  My goal is this time next year, to be “half the man I used to be”..Â Â  I want to be under 200 lbs.Â Â  I know I can do it.Â Â Â Â

Some time this month (I’ve seen 04/07 and 04/13) Â the latest book in the Dresden Files series, “Turn Coat”Â is released.Â Â  I’ll be picking it up as soon as I can find a copy.Â  You can check out the first few chapters on Jim Butcher’s website by clicking HERE!Â Â

If you’ve never read this series you are missing out!Â Â  Jim’s a very talented writer and the character he created in Harry Dresden is amazing.Â Â  The way he writes is like he’s inside my head.Â Â  Pick up the series… I guarantee ” You’ll laugh, You’ll cry… It’s better than Cats!”…

That’s all I got today- Canman