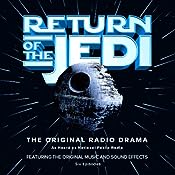 Get tickets for Rocky Horror Live by clicking HERE.

Get Tickets for Death Trap by clicking the poster. Who called it baby!Â  It was officially announced that Jackie Earle Haley AKA Rorschach,Â  has been cast as Freddy Krueger in the upcoming remake of Nightmare on Elm Street!Â Â  If he puts as much into playing Freddy as he did Rorschach… Look out!Â

My health.Â Â  It’s no secret that I’m over weight.Â Â  My physical last week scared the crap out of me.Â Â  I was told that I have a “Fatty Liver”.Â  If I don’t treat it now, by loosing weight it could get worse and some day I could need a Liver transplant.Â Â Â  If I ever needed a fire lit under my but to get healthy, this one has done it.Â Â Â Â  It’s been 4 days with no candy, pop or caffeine and I feel great!Â Â Â  My mom picked us up a Wii Fit this past weekend and I’ve been on it almost every day.Â Â  According to the fit, I’ve almost lost 4lbs this week.Â Â Â Â  My goal is this time next year, to be “half the man I used to be”..Â Â  I want to be under 200 lbs.Â Â  I know I can do it.Â Â Â Â

Some time this month (I’ve seen 04/07 and 04/13) Â the latest book in the Dresden Files series, “Turn Coat”Â is released.Â Â  I’ll be picking it up as soon as I can find a copy.Â  You can check out the first few chapters on Jim Butcher’s website by clicking HERE!Â Â

If you’ve never read this series you are missing out!Â Â  Jim’s a very talented writer and the character he created in Harry Dresden is amazing.Â Â  The way he writes is like he’s inside my head.Â Â  Pick up the series… I guarantee ” You’ll laugh, You’ll cry… It’s better than Cats!”…

That’s all I got today- Canman

Special thanks to this weeks sponsors Sam and Jerry!Â  Thanks again for your generosity.Â  We couldn’t do this show with out your support!

The music on today’s show is by “Unknown Component” courtesy of the Podsafe Music Network.Â  We playedÂ “Being Awake”, “Into the Sun” and “In This Direction”.Â Â Â  Be sure to check out their Podsafe page by clicking HERE.